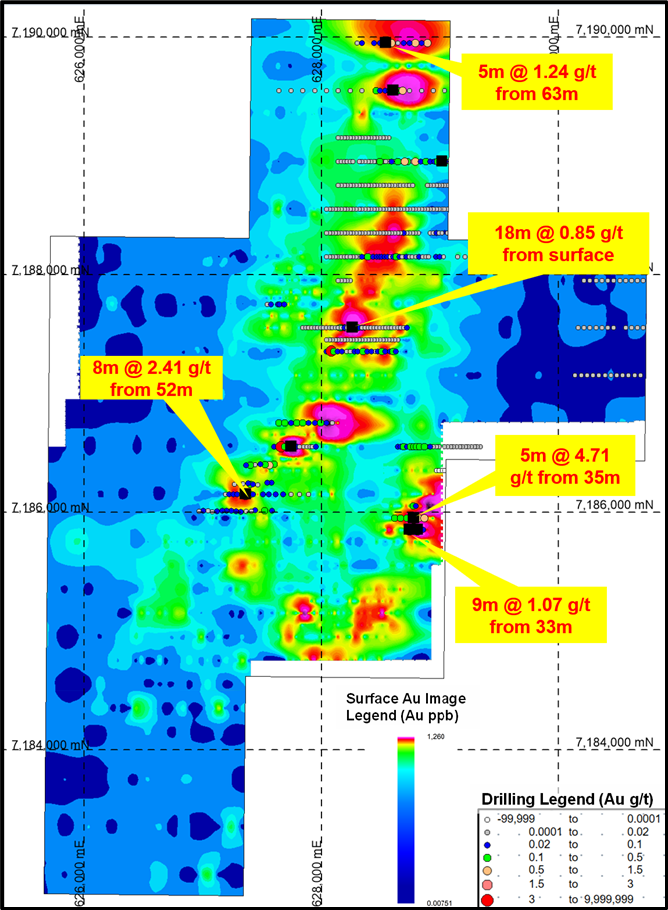 Nelson’s Fortnum Project is located 15 km south-south east of the Fortnum Gold Mine (WestGold Resources) and adjacent to the Labouchere, Nathans and Fortnum group of gold deposits.
These mineralised systems are part of the Proterozoic Bryah Basin which forms the eastern-most part of an extensive Proterozoic Orogen, located between the Archean Yilgarn and Pilbara cratons.
The Bryah Basin is a sedimentary sequence deformed during a number of significant tectonic events during the late-Proterozoic. The latest event, the Capricorn Orogeny, is synchronous with the mineralisation at Labouchere, Nathans and Fortnum.
In Nelson’s Fortnum Project, thrust stacking has juxtaposed the Labouchere Formation, the host of the Nathans deposit, between the Archean Yarlarweelor Gniess and the Despair Granite, the host of the Wilthorpe gold deposit.
Previous exploration at the project includes surface sampling which identified a number of targets, that were tested by drilling. The drilling returned numerous significant intersections.