The Wilga Gold Project is located near the boundary between two major tectonostratigraphic terranes of the Yilgarn Craton, the Kurnalpi and Burtville Terranes. The terrane boundary is defined by major N- to NNW-trending shear zones including the Barnicoat West Fault, which lies immediately west of the Project. The Burtville Terrane is a complex amalgamation of volcanic successions and sedimentary basins which originally formed as part of the Youanmi Terrane. 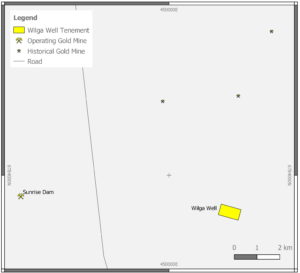 Nelson completed an Auger program in 05/2019 and plans to follow up on the identified targets.